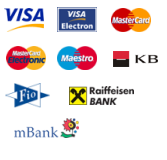 Among its many positive effects on the body, vitamin C is a strong supporter of healthy immune function. Here’s how: